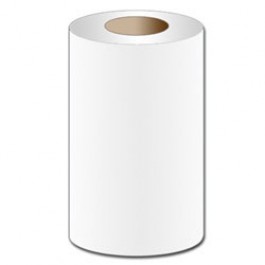 Fuse-Adhere is a permanent double- sided fusible film with a wax paper backing. This transfer film is an excellent choice for attaching lettering, embroideries, patches, and appliqué without stitching. Once applied, Fuse-Adhere is machine washable because it creates a permanent adhesion between fabric surfaces without sewing. It can also be dry-cleaned.

Instructions – Place your appliqué or patch over the film and trace around it. Cut out the Fuse-Adhere film and iron the non-wax paper side to the bottom of your patch or appliqué. Allow time to cool, and remove the release paper from the other side of the film. The appliqué or patch should be ready to be ironed on to the garment. Fuse-Adhere eliminates the need for water-activated adhesive stabilizers, stitching, or spray adhesives.